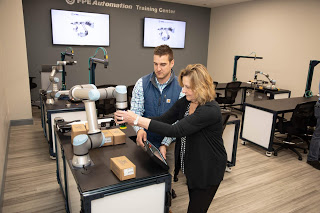 March 18, 2020 By fpeinfo@fpeautomation.com No comments yet

FPE Automation Opens One of the First Authorized Industrial Automation Training Centers in the United States
FPE Automation has opened its second authorized high-tech training facility, in Sunset Hills, Missouri, just outside St. Louis. The spacious facility features several full robot training stations in a large training room, where hands-on training will take place. Each station has a collaborative robot arm, vision and conveyance. The facility also has a separate, high-tech lab which includes robots and 3D vision. It is among of the first of its kind in the world. 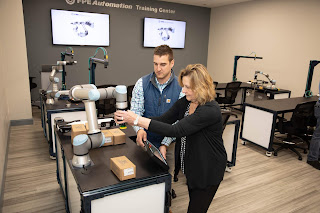