December 3, 2018 By fpeinfo@fpeautomation.com No comments yet

The FPE Automation team has been hard at work! We just read the latest announcement released by MAC Valves, and it seems congratulations are in order.

To receive just one MAC distributor award is exceptional. To receive three in a single month (November 2018) is a tremendous accomplishment.

I’d like to share with you how we did it. The hope is that we can pass some of these substantial savings or process improvements along to you.

MAC Valves recently introduced their MAC MI/O-67 fieldbus platform. FPE Automation‘s Tom Krien approached a longtime customer who has had an excellent working relationship with FPE for many years. Tom is a seasoned professional, so he is well aware that decisions like these are not made lightly. He also had a strong intuition that the solution would be right for this customer. The customer, in the packaging industry, said they prefer MAC Valves over the competition. Still, they were reluctant to make the decision to switch. There was a lot to consider.

In the end, the customer liked the MAC solution better. They discovered that the pricing was also favorable. As a result, they are standardizing a 46 Series MI/O assembly to use on a new machine. They are so pleased with  the new design that they have made the decision to debut it at an upcoming trade show.

To tell you the truth, the topic of dust collection and air quality had always been a relatively boring one, until recently. MAC Valves has been making some ground-breaking strides in the processing of airborne contaminants. The MAC pulse valve solutions are both more efficient and more cost-effective, giving them a clear advantage over whatever legacy technology your company may be using today. As a result, FPE Automation’s Scott Massie proposed a solution to a food processing facility that put the ROI at an impressive three months.

Scott is FPE Automation‘s sales manager. An industry heavyweight, he was in on the pulse valve innovations from day #1 and has a lot of knowledge in that area. The customer was so impressed with  the solution, that it led to a plant-wide audit resulting in a decision to retrofit all of the plant’s dust collectors with MAC pulse valves. We’re told that the next step is to approach their sister company and retrofit their dust collectors as well.

This third award is another dust collection success. It’s an interesting case. This customer is a company that produces adhesives and sealants for the building industry. In other words, the kind of product that can create an environmental hazard to employees. Care must be taken to provide the right solution.

The award goes to FPE Automation‘s Brian Einzig. Brian joined us as a new sales engineer in January of 2017 and has been impressing us ever since with his considerable intellect and product knowledge, coupled with his easygoing, candid and honest communication style and a great work ethic. So, we’re thrilled to announce Brian’s first award of this type. Scott Massie is also deserving of an assist on this one for lending his expertise.

The plant’s dust collection system was constantly becoming clogged and breaking down. MAC Valves has a patented solution that reduces downtime. They ran the numbers. To paraphrase what they said:

“Our filter changes and other associated downtime resulted in thousands of dollars in savings, with an ROI of less than three months! Since the pulse duration was increased from every 3 seconds to every 150 seconds, there was an additional energy savings of over $5000! We were able to take two compressors completely off line (300HP and 165HP). We simply didn’t need them anymore.”

This company is sharing the news with their other locations so that they can implement MAC pulse valves as well.


The hope is that you will identify with one of these solutions and take advantage of the same process improvement or ROI that was realized by these manufacturers. They had to realize some substantial gains and advantages in order to even consider a change. 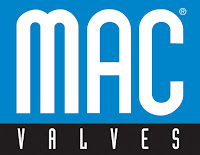